Deprecated: mysql_connect(): The mysql extension is deprecated and will be removed in the future: use mysqli or PDO instead in /srv/vhost/gurutzeta.com/home/html/includes/top.inc.php on line 7

In a year in which several changes have inevitably had to be made, at the Gurutzeta Cider House we are also preparing to make one that we like; for the transition from one generation to another.

But, even innovating, the Gurutzeta Cider House family is drinking from tradition and the fifth generation is beginning to train with what they have learned in the family environment, to respond to the changes that may occur when the time comes.

It is the apple orchards that have been tanned for centuries that give the best apples for cider. It is thanks to the knowledge acquired and expanded year after year that we make cider at the Gurutzeta Cider House. And having known how to transmit that wisdom from generation to generation makes us get a new cider every year, better and better. And so, there are more or less changes, we will continue, also from now on, making new cider from the old apple tree. 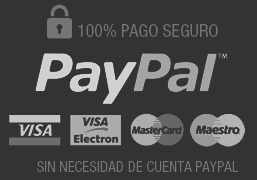